Zahir Belounis is a French professional footballer currently trapped in Qatar under its controversial labour laws.

The 33-year-old has not been allowed back to France since June 2012 because he has been embroiled in a legal dispute with his former club al-Jaish, who play in the Qatar Stars League, over two years' unpaid wages.

Under the Kafala system that ties employees to their sponsors, migrant workers cannot leave the Gulf state unless their employer agrees and Belounis has been left in limbo in Doha with his wife and two daughters.

They are staying in an half-emply house, as most of his furniture was sold when he got word in that a solution is close. But no progress has been made since then. In November 2013, Belounis has written an impassioned plea to the former 2022 World Cup ambassadors Zinedine Zidane and Pep Guardiola asking them to intervene on his behalf, published by The Guardian newspaper.

Mr. Belounis is shown here in his kitchen, together with his wife and children. 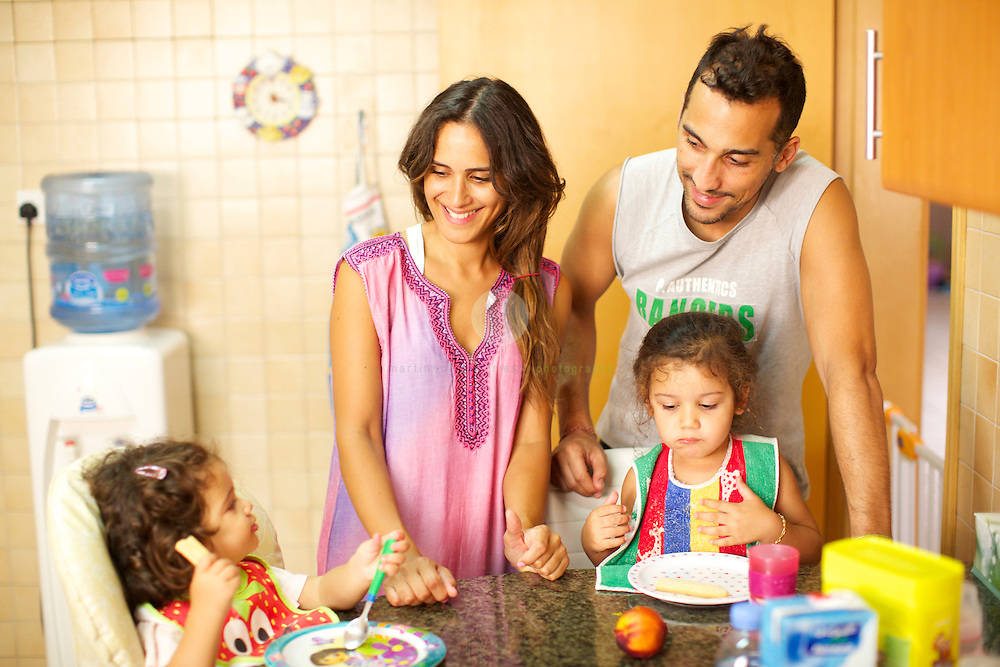