The sign on the very right reads: I am afraid of Trump 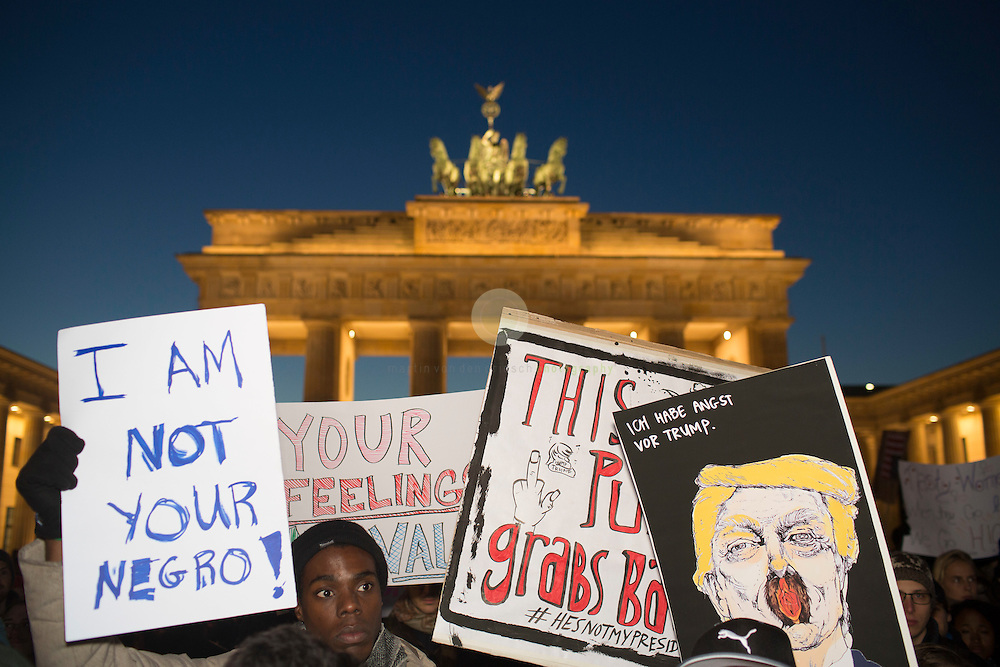