The Trump hates Techno sign seems to be a reference to the status of Berlin as the techno capital of the world. 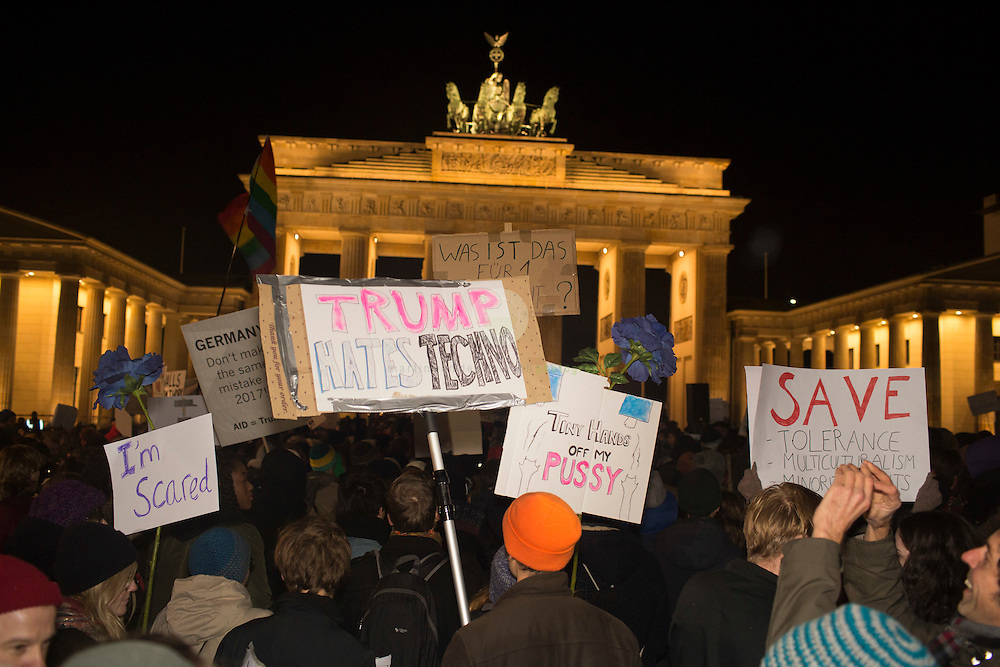