This refugee holds a sign saying: We are refugees and don't want this U.S. president. 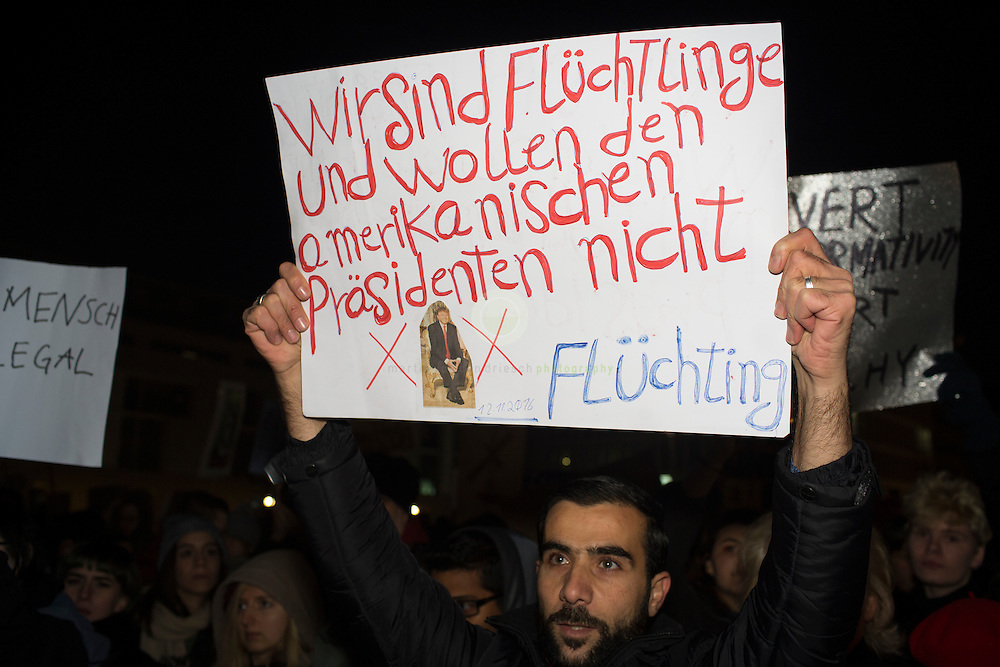